If you had asked me a year ago how to merge three churches I would have looked at you with confusion and a big shrug. I have been certain however, that in order to get three long-lived churches to become one new church the churches must first really WANT to change. In fact, over the past several months I’ve become, I’d say, somewhat of an expert on the subject of church mergers. It is not an easy process.

To reach this goal it is necessary first of all to assist the churches in discovering that God has a new mission and new ministries for the churches. If a church has gotten very small and isn’t attracting worshippers then clearly the vision, core values and mission of the church need work.

It had become difficult to feel God there. Because of the small numbers, there seemed to be quite a bit of gossip, back biting and judgment. The culture was not a healthy one. This has changed somewhat as it has been made clear to members over the past few years that the church belongs to God, and not to them. Some chose to leave once their sense of ownership was called into question. All in all, the church feels healthier.

One day I walked into the social hall of this same church to find lots of the dishes, kitchen equipment and kitchen supplies spread out on a few tables with a sign, “Take what you want.” One member of the Dorcas Guild, as the guild cleaned the kitchen, had decided that the church would never again be able to do large dinners so made the decision on the spot to start getting rid of items deemed too numerous for the church to ever use. When questioned the response was, “We can do what we want with this stuff. Afterall, our parents and grandparents bought it all.” There is a more exact name for all that stuff on the table, and that is “church assets.” Consolidating churches helps one to understand better the importance of church assets.

When a group of church members see the church as belonging to them and not to God, then something has gone horribly wrong over the years. Sadly, this is pretty common in churches. We church members seem to be a lot about hammering in our stakes and claiming territory to the detriment of a church’s culture. It makes it almost impossible for new people to feel as though they’ve come to the right place.

Since the decision to merge was voted on this past summer we’ve been moving more quickly. One of the three churches was a latecomer, and that has required us to do some back peddling. But, all three churches bring many gifts to the table and at this stage I’d say our greatest asset is knowing that God is directing us. We pastors and church members alike feel a very strong sense of excitement at the way the Holy Spirit has filled us to over-flowing and caused us to want to do a new thing. It IS exciting. It’s a fascinating process. But it’s also a little scary. 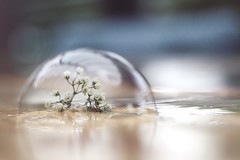 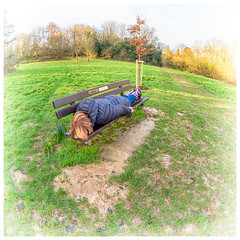 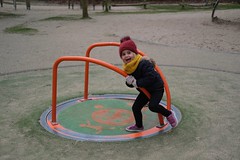