28One of the scribes came near and heard them disputing with one another, and seeing that he answered them well, he asked him, “Which commandment is the first of all?” 29Jesus answered, “The first is, ‘Hear, O Israel: the Lord our God, the Lord is one; 30you shall love the Lord your God with all your heart, and with all your soul, and with all your mind, and with all your strength.’ 31The second is this, ‘You shall love your neighbor as yourself.’ There is no other commandment greater than these.” 32Then the scribe said to him, “You are right, Teacher; you have truly said that ‘he is one, and besides him there is no other’; 33and ‘to love him with all the heart, and with all the understanding, and with all the strength,’ and ‘to love one’s neighbor as oneself,’ —this is much more important than all whole burnt offerings and sacrifices.” 34When Jesus saw that he answered wisely, he said to him, “You are not far from the kingdom of God.” After that no one dared to ask him any question.

The Greatest Commandment: a Sermon Preached on November 4, 2018

According to Jesus’ response here, the Greatest Commandment is two commandments together.

This command is simple and direct.  Love God. Love your neighbor as yourself.

Love yourself in order to love your neighbor. This might not seem to be a tall order, but we know that it IS a tall order. We talked about this at church just a few weeks back.

Last Saturday a horrific hate crime took place in a very active synagogue in Pittsburg; eleven people were shot and killed by a person with an AR- 15 assault rifle in a matter of minutes.                 We’ve talked about doing ALICE Training at the church  but we haven’t done it. I understand we can even do it on line. Those attending services at The Tree of Life Synagogue had done the training. Perhaps this mass murder would have been much worse if they hadn’t, God forbid. We can’t know or sure.

The victims were older. All of them were beloved and active and compassionate people.

Love your neighbor as you love yourself.

God doesn’t ask us to pick and choose who  our “neighbor” is.             What God meant, what the Son of God meant was pretty straight-forward: Love everyone.

Something horrible has happened to the ethics of human beings. And in light of this, we need to bravely stand up for what we believe. In the most non-violent ways possible, we need to stand up to people who make racist comments; or anti-Semitic comments; or homophobic comments or comments about immigrants. We have to be brave enough to speak out and to speak up when we hear hateful words.  Our call is to love God, ourselves and our neighbors.

We as a UCC church have so much to be proud of. On the UCC web site you’ll find the following information in a section titled “UCC Firsts” (http://www.ucc.org/about-us_ucc-firsts)

In 1785, Lemuel Haynes, one of our UCC forebears, was the first  African American man to be ordained into a Protestant church (a Congregational Church). He became a well known preacher and writer; known all over the world.

In 1846 The Amistad case spurred  the conscience of Congregationalists who believe no human being should be a slave. In 1846 Lewis Tappan, one of the Amistad organizers, organized the American Missionary Association—the first anti-slavery society in the U.S. with multiracial leadership.

In 1853, Antoinette Brown was the first woman since New Testament times ordained as a Christian minister, and perhaps the first woman in history elected to serve a Christian congregation as pastor. At her ordination a friend, Methodist minister Luther Lee, defended “a woman’s right to preach the Gospel.” He quoted the New Testament: “There is neither male nor female, for you are all one in Christ Jesus.” Her ordination took place in Oberlin, Ohio.

In 1976 General Synod elected Rev Joseph H. Evans, became the first African American to be President and the first AA Leader of an integrated Mainline denomination.

In 1972, William Johnson set out to fulfill a dream he’d had since he was 17 and President of his Evangelical and Reformed church’s youth fellowship. He felt called to ordination in his UCC church. In that year, after the usual rigorous training, he became the first openly gay man to be ordained in a mainline Christian church.

“Today more than 100 openly gay, lesbian, bisexual and transgender clergy serve as pastors of UCC congregations in urban, suburban and rural settings. Another 100 serve in other ministries. Within the UCC, the push for recognition and affirmation of LGBTQ persons came from what is now known as the Coalition for Lesbian/Gay/Bisexual/Transgender Concerns, which Johnson formed in 1973.”

We exist as a church of firsts, seeking justice for marginalized peoples all over the world. I feel SO proud to be part of this. Some would like to keep this “love of neighbor” to themselves feeling that it may cause people to turn away from this church. But what we learn is that for every person who turns away from the church there are people who come to the church because they’ve learned that the United Church of Christ has tried since it’s earliest beginnings to BE THE CHURCH; we try to live out the Greatest Commandment, to love God with our hearts, souls, minds and strength, and to love our neighbors as we love ourselves.

If you want to learn more about UCC Firsts there is an excellent book available to read for free, posted on the UCC web site called

Chapters in Vol 2 of Hidden Histories

The people I’ve just mentioned are all Saints of the Church. Today, on All-Saint’s Sunday, we have an opportunity to light a candle for each of them, and also to light candles for those we have loved and lost from the church. This church has so many Saints who have taught us how to Be the Church.

As we close this morning the Psalm for today, Psalm 119:1-8 offers us a good prayer. I invite you to open your Bibles. Let’s read this together…

1Happy are those whose way is blameless, who walk in the law of the Lord.

2Happy are those who keep his decrees, who seek him with their whole heart,

3who also do no wrong, but walk in his ways.

4You have commanded your precepts to be kept diligently.

5O that my ways may be steadfast in keeping your statutes!

6Then I shall not be put to shame, having my eyes fixed on all your commandments.

7I will praise you with an upright heart, when I learn your righteous ordinances.

8I will observe your statutes; do not utterly forsake me.

As you leave church this Sunday you’ll find a large piece of paper on the table in the front. On this paper,  write words of support from this congregation to the congregation  members of The Tree of Life Synagogue in Pittsburg, letting them know we support them during this difficult time.

One thought on “The Greatest Commandment” 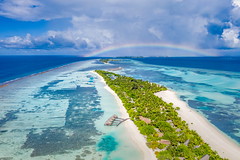 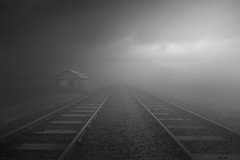